Sort by: Date posted name There's a total of 549 posts in the news archives
Experimental.
Well friends, I've formatted my computer and upgraded from Windows 7 to Windows 10. A change that didn't go too smoothly, bleh. I've solved most of the problems I had with it, but there are still some I need to get fixed. For example, I couldn't scroll in the timeline in flash because there was some new, weird hidden away option that made it impossible somehow. That was extremely frustrating. I also need to reinstall a bunch of shit that I have not gotten around to yet as well. Nyeh.

But anyway, I have now created this Discord server I talked about earlier. Even though the interest seemed low, I made one just to see how it goes. It is rather experimental right now, so things would need to be smoothed out with feedback from people who want to use it, ya?

I hope it will work out, I'll probably post various screenshots and work in progress stuff there.

Before I go, I have some fun fanart from Absented Tangent!
Ellie Booty and Fucked Sofi
Thanks a lot, man!

By the way, I suppose you could more easily show fan art (or other art!) in the discord server too, instead of having to send them by email and not fear it'll accidentally disappear into junk mail. See it as a replacement for the long-dead forums, yeh. I've gotten a guy on making a new version of RC.se too, so there's that to look forward to. Don't expect anything new in the near future though, it is probably going to take a while. Let's see if I manage to finish my horse flash project before he finishes the site, ya? I feel so far away from my goal right now, huff...
Posted 24th of July 2017 - 01:57 by | 4 comments.
Eyenimations
I've been making some good progress with the Lollo flash, working on various expressions for the thing. It's pretty much the only thing I've been doing, so have a few images of some examples for today's update: 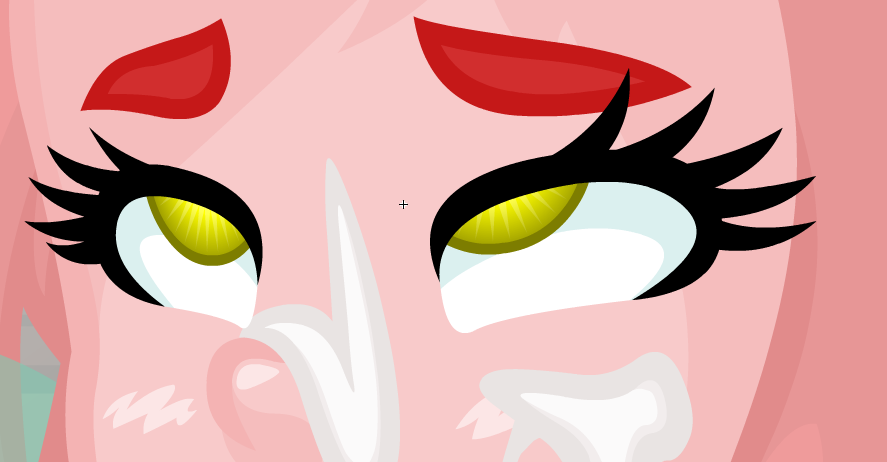 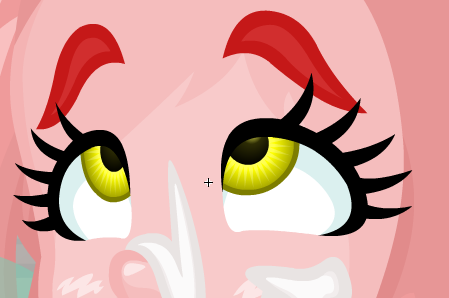 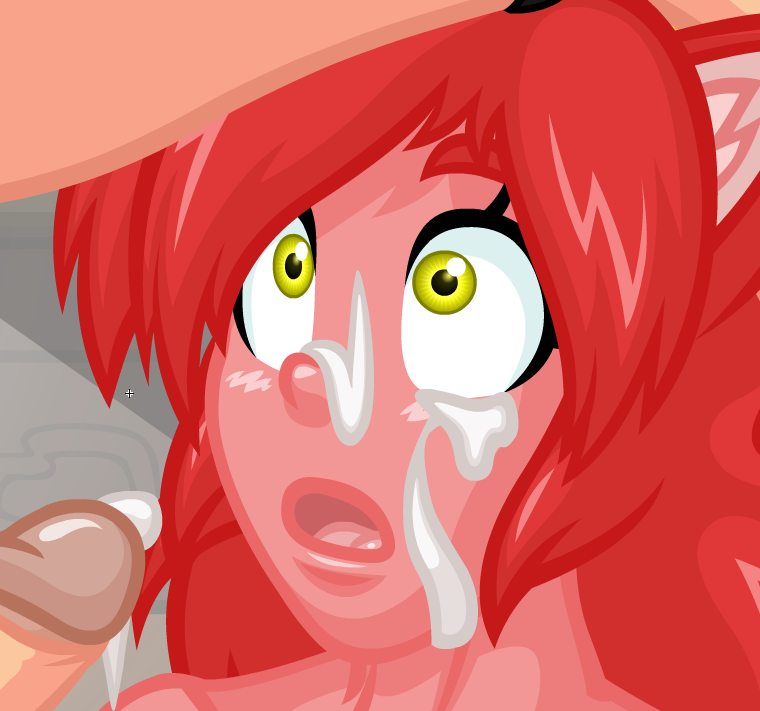 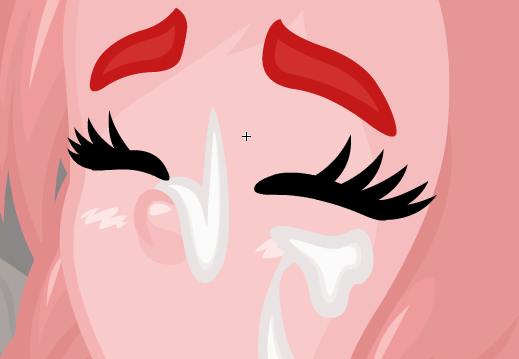 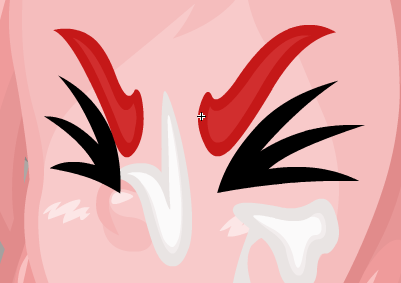 Definitely feels like I'm getting close to the end here. I'll probably have the animations needed done by the end of january, the rest is finding some girls for voiceacting the remaining two female characters and coding.
Posted 22nd of January 2018 - 05:11 by | 7 comments.
Facial Finish

I finally finished all the eye animations I had to do. Now to await the word from my coder. Meanwhile, I'll take a look and see if I can't make some other improvements in the main flash. Fun times!

Also made some further changes to Zu and dressed her up! Hope you think she looks good.

If anything else is commented on, I might take a closer look at that as well.
Posted 27th of May 2019 - 19:43 by | 8 comments.
Fan fiction + Music!!
I've gotten a lot of fanfictions lately, which is nice!
3 different stories from 3 different people.

First one up is called "What some people do for love", written by 'Five'.
>Download here<
It's centered around Ellie and a new guy called 'Jay'.

Second one is called "A night of unrelenting horror", written by 'Wilizin'.
>Download here<
It's about Zoo and Zu watching a horror movie!

And the third one is just a preview. It's called "A New Friend", written by 'Anthony'.
>Download here<
It's about a kid who winds up meeting Zu and the other catgirls...

Not only have I gotten a bunch of fanfictions, but I've gotten music themes for the catgirls as well! ...At least three of them, the other two isn't done yet.

Another Traumatic Night at the Hospital(Ellie's Theme) The third part of the tribute series, done and finished!
Even though it doesn't have much to do with the site, it's pretty damn funny, you should give it a watch.

I also got some new fan art:
Friday does Za!
Drawn by Guodzilla!

And I managed to draw two whole pictures during this week:
But I didn't cut them apart, so they're both in the same image!

As for other news...
I'm still working on updating the character biographies.
Mittsies has college n' stuff so he cannot progress on Project Za as much as he wants to, so I cannot really continue work on that still.
I'm working on the character bios in the meantime, because I can and want to.

Posted 4th of September 2011 - 19:40 by Rock Candy | There are no comments! Comment now!
Fan stuff to the rescue!!
Yesh, today's update is also lacking content from me. Luckily, Guodzilla made some stuff, so have at it!

Part 14 of Ellie and Zu Get Lost is finally here for your reading pleasure! Go ahead and download!

Not only that, but there's also two fan arts as well:
A little extra "La VS Lollo" picture for halloween!
And a Halloween Party picture for 2012!

Nice stuff, check it out, shake it out!

As for me, I "finished" a part of the trade with Besped. That flash with the furries in the cave, if you remember that screenshot from some while ago. It was... An interesting experience, I guess, the flash wasn't that hard to make, though it was a bit hard for me to keep focus on it, as I'm not that interested in furry work. But I did it!

But of course, mine and Besped's ever-changing minds decided to make us two collabs, one exclusively for his character, and one for mine. We'll be doing his first, which'll be... Something most people on this site probably wont enjoy very much, while mine will probably be liked more, due to the content.

So for now, I'm doing various work on other projects until Besped finishes his part of the trade... Then we'll post our flashes at the same time.
(When we do, it's probably gonna look really unfair, but we worked it out!)

As for now, I'm gonna go to bed. I wrote a bit on Psycho Girl's (Now named Mikaela) bio, and I hope it wont take very long to have it up to date. She's not as complicated as the rest of my characters, she's got no friends or relationships or job or anything like that. I just gotta take a day and dedicate it to writing... I have not done that in quite a while, and I believe that is very needed if I want to get somewhere with them. I have all this time, and I waste it on stupid shit, it makes me feel really bad about myself.

Vicky! A character from a dude I know... I kidnapped Vicky and let someone her >:3
Another Fran picture, because people wanted one of those...
Rei, being raped by Death! She's a character of DM DOKURO's, the guy who made the character themes for my characters!

EDIT: Fan stuff now works! I uploaded all the pictures I could find, will upload stories n' stuff later...

If you want to submit something to the Fan Stuff section, here's the instructions:

1. Draw something that has something of mine in it, otherwise it's not fan stuff, duh.
2. Save as a PNG. (If it is a flash or story, I'll upload it to mediafire and put a link in the descriptions)
3. Send it to me through email or a link to it in the Guest Book.
4. I will upload it to the Fan Stuff section. Send additional comments with the picture if you want me to post those as well. There's a limit on how much you can write, so keep it short.
5. Done!

I'm back in Project X as well, just so you guys know...
Making sprites and whatnot...
That game is the only game that'll ever have vagina sex made by me (Except Zu Triple demos), so go check it out, if you dare to.

(I found this on the internetz)

Posted 15th of December 2010 - 15:09 by Rock Candy | 10 comments.
Fanart and a Flash
I and FallowWing have now released a new version of the Sofi Scene on Patreon! We will post a public version on here and other places sometimes during next week, so keep your eyes peeled.

For now, have some fanart! They're all from Cerberus Carmine, he's been doing good work and managed to squeeze out three pics these last two weeks.

I actually managed to get something done myself, as well.
Scotty Finds A Collectible, which refers to dickgirl Ellie.

Well, that's all for today. I'm hoping you'll enjoy the additions I made to the Sofi flash. I think wednesday might be a good day to release it on.
By the by, I got all the necessary voice stuff for the new Zara stuff, so I'll be ready to start on that once March comes along! (as well as like a billion drawings and commissions I got planned...)
But ye, I'll see you wednesday!
Posted 24th of February 2020 - 01:09 by | There are no comments! Comment now!
February already
My sleep rhythm is back to normal... I think. Let's hope it stays that way.

Anyway, don't have a lot on my mind right now, so... I'll just post the new Hampus refs I made:
Hampus Nude
Hampus Clothed

And this.
Some old Ellie angel sketch.


Also, if there are any flash animators out there still, if you wanna help me out with my project, send me a message! I could use some assistance to make the progress on this project faster... Or if you wanna help out or collab on some smaller side project that I've got laying around.
Posted 1st of February 2021 - 02:53 by | 11 comments.
February, eh?
Time flies by so fast. It's scary. At least it does to me. I'm very close to finishing GBlastMan's trade now. I think I'll keep working on it the coming week as well, then I'll probably finish all the art parts. Then it's up to the brave coders to put it together! Who it is, I don't know yet. I'll have to ask around and see if any is availible!

By the way, is there any girl out there who could record a few lines of moan n' stuff for this lass? I've not been able to find anybody willing in my circles...! 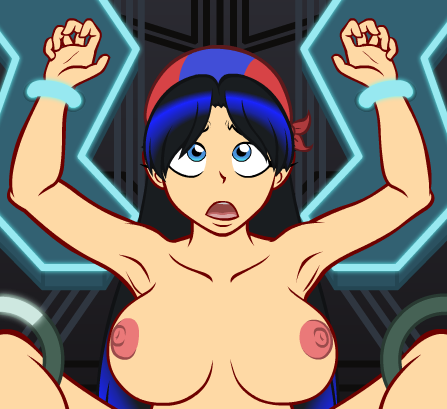 It'd feel so great to finish something soon. Well, at least have a drawing before I go for the day.
Once again, Sofi's butt is attacked by those darn penises. Lollo needs to stop doin' that all the time, bluh.
Fun fact: It was supposed to be Zara at first, but I couldn't get the hair to look any good. Probably because I was too tired when I drew it.

Anyway, yes. If everything goes smooth, expect that trade to be done in like one or two weeks. No promises, but that's what I feel at the moment. If I can't find a voiceactress in time, I guess I'll have to find some stock ones or leave them out completely. Meh. See ya next sunday!
Posted 2nd of February 2015 - 01:27 by | 10 comments.
News archives Go to page: